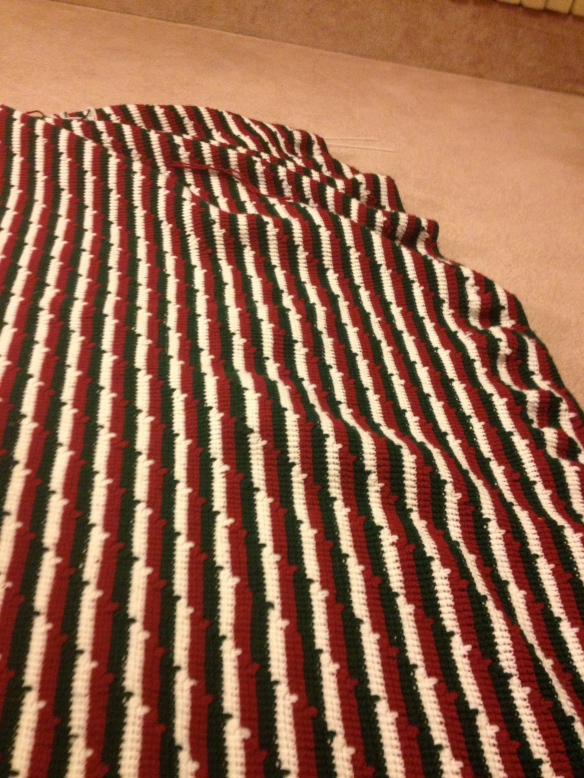 My mom has been working on crocheting this blanket for years. We tease her about it, but it’s almost done! Congratulations, Mom! (Whenever I look at this blanket, all I can see is my Aunt Sally tearing out rows of work that had to be re-done. I worry that we’re going to get to the end and she’s going to do the same thing all over again!) 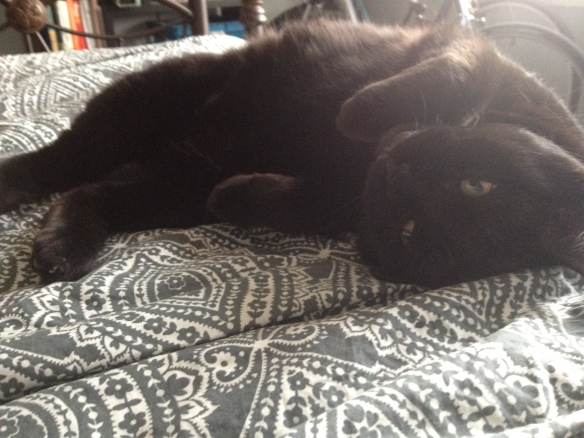 I love waking up to this. 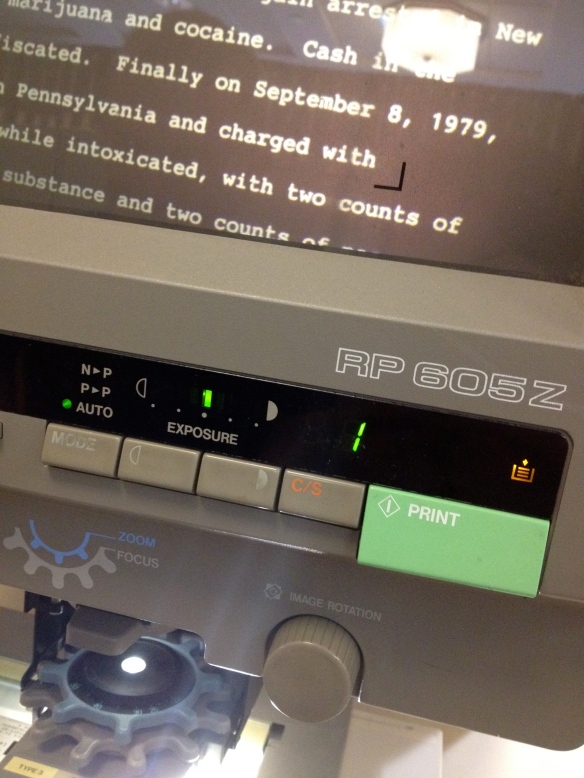 Since I’m back in good graces with the public library, I’m attempting to take advantage of the resources there. (You should see the stack of books on my nightstand. I’ve got ten to read in the near future and I’m thrilled.) Kevin and I were wandering around downtown yesterday when we ran into the microfiche/microfilm area. So of course, we opened one of the filing cabinets. I had stumbled upon the IRS files and picked one that looked interesting – it was the only one I could see that was filed backwards in the cabinet, so of course I grabbed it.  We fumbled for a bit trying to figure out how to work the reader (4 years of college and I never once had to do anything microfiche-related), before realizing that we were at the microfilm reader, which wasn’t going to do us any good. Twenty seconds later, we were in business. 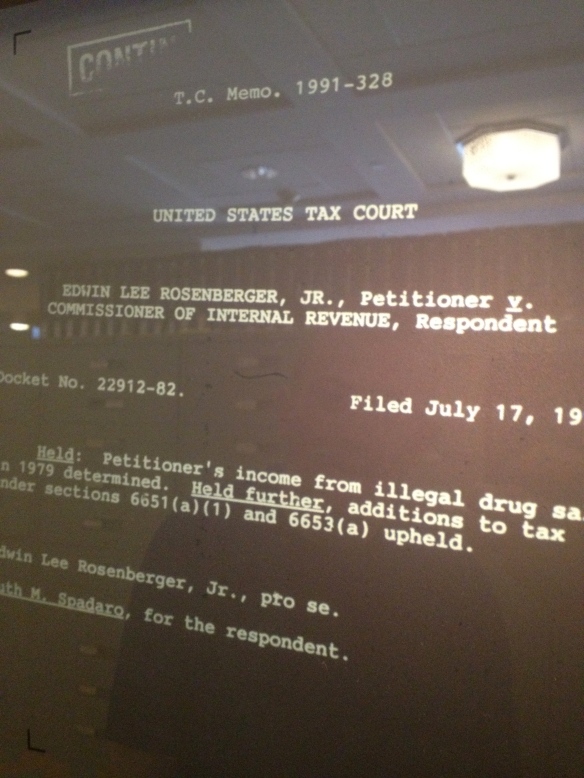 It’s a good thing that the Rosenberger case was the one that we decided to read through. It was fascinating. The petitioner had been arrested with a bunch of drugs and cash in 1979, so the IRS decided to calculate his taxable income based on the value of the drugs.

It was hilarious to see that his occupation was listed as “DEALER” on his tax forms – I had no idea that this was a possible scenario. More hilarious was how they went about these calculations with such formality. The value of the drugs equated to “earned income”.

He later (much, much later) sued because he wanted them to drop his income to a lower level. But he ran into a problem because he had no receipts (from the drugs).

I love the way that the reader feels. It’s like an overhead projector. It’s like old and crisp and somehow much more interesting than scrolling down the results from a Google search. I could spend hours just digging through the files and reading. It’s simultaneously nostalgic and new.