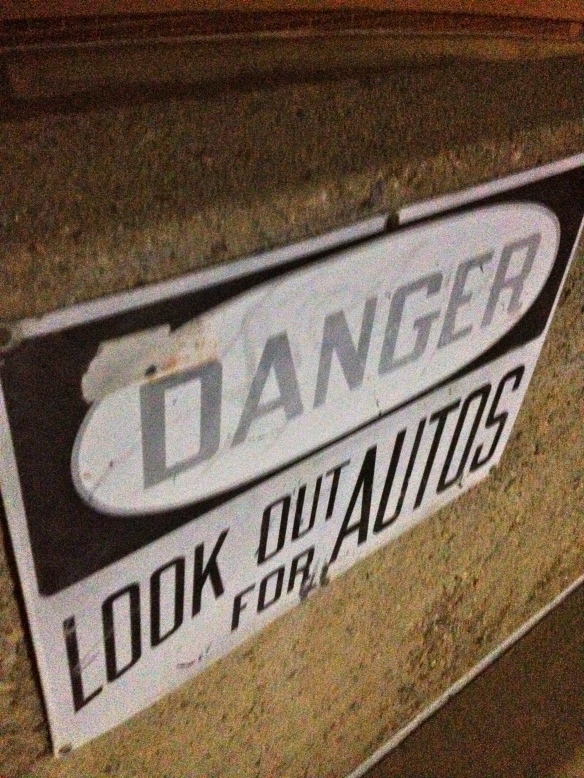 Walking back to the car from trivia on Thursday night, I came across this sign. And for some reason, it struck me. Autos.

Friday night was amazing. Sushi for ten followed by bar hopping. By the end of the night, I was surrounded by my favorite people and I was sipping Hendricks and tonic in my favorite bar. Life is good. (The facebook caption on this picture reads: We picked the drunkest man in the bar to take our picture. And it’s true, I did. I’m surprised that we’re not more blurry.)

I bonded pretty hard with a girl who was practicing her seductive poses in the bathroom. I was laughing to myself at the sink, and she saw my reflection in the mirror. She hugged me a few times while we laughed. 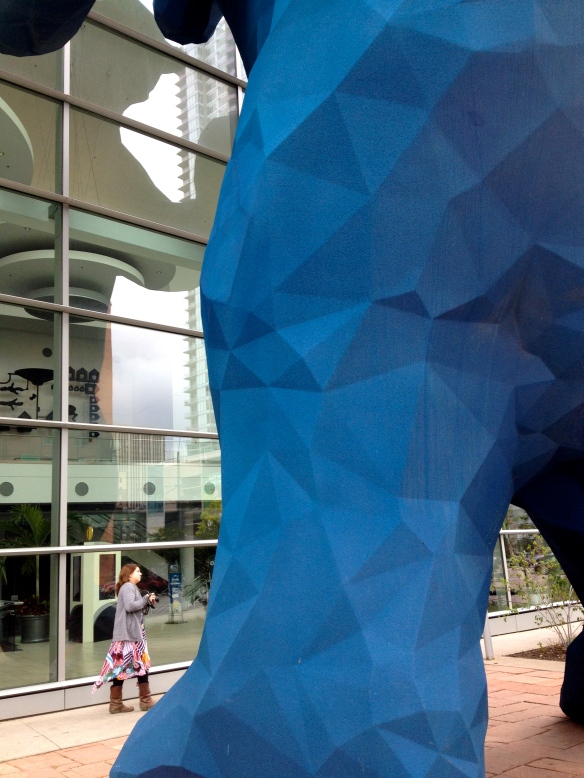 On Saturday, Anne wanted to go see all of Denver’s weird art installations. So we went and saw the Blue Bear at the Convention Center, the dustpan and broom by the art museum, the red chair and the horse by the library, and the cows by the art museum. I climbed a cow, and while jumping off, nearly fell into a puddle of mud. Quick reflexes saved me by less than six inches. 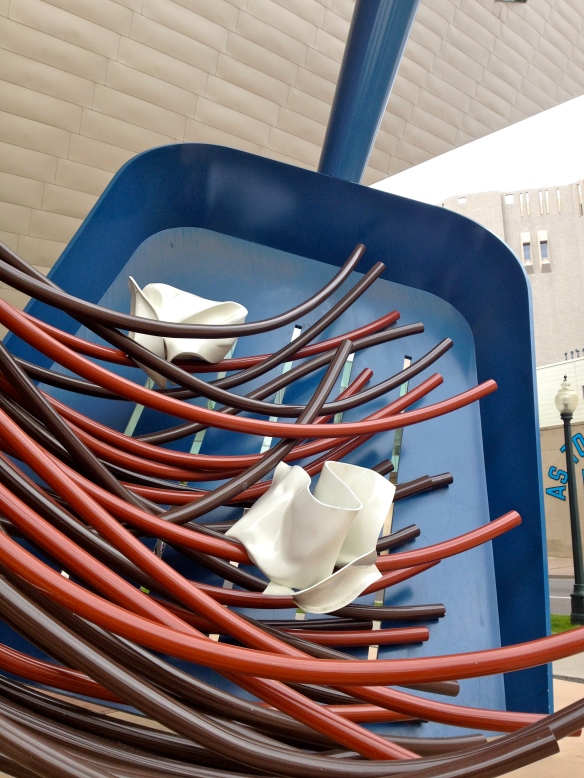 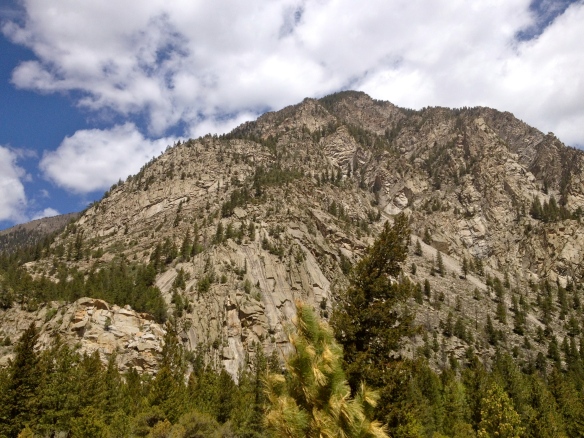 On Sunday, we drove to St. Elmo, a ghost town outside of Buena Vista.

St. Elmo is not a ghostly as I would have liked. We pulled in and there was a tour group of ATVs preparing to depart. We were able to get out and walk around, though, and the exploration turned out to be just what we were looking for. 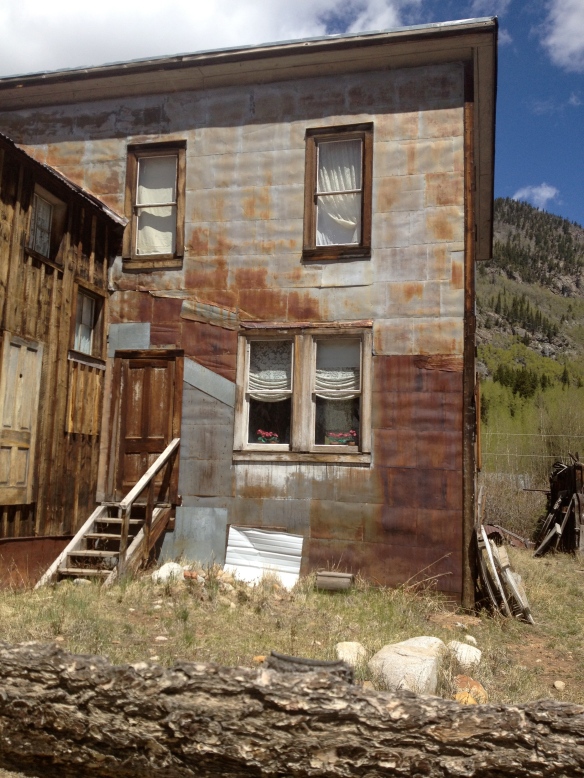 It’s creepy to see the fake flowers in the windows of these buildings. Beyond creepy. Anne and I both agreed that the vibe in the town was way wrong for attempting to sneak into any of the buildings. 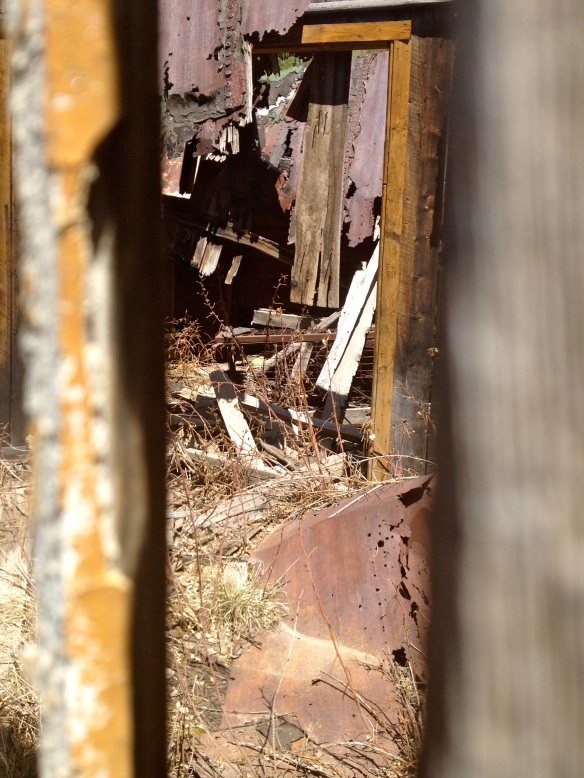 View from a boarded up window.

On our way back, we went to Tiny Town. Of course we rode the TIny Town train. The lady at the concession stand asked us if we had children with us. We exchanged looks and said we didn’t.

The train ride! The temporary tattoos purchased in the gift shop and applied in the picnic area!

After Tiny Town, I drove Anne to the airport. On the way, we were treated to a double rainbow. I’m about to sound like a nine-year old girl clutching her brand-new Lisa Frank folder, but I had forgotten how awesome rainbows were.

Swisher and I cooked dinner together on Sunday night. I was terrified. He’s a good cook, and I’m less than proficient in the kitchen. We made carbonara (my choice and so full of calories!) and salad. We were supposed to make banana bread, but had so many leftover cupcakes that we decided to just eat those instead. He brought me red velvet cupcakes and gorgeous flowers on Friday! I came home to those and a clean kitchen. Is he good or what?

Honestly, I’m thrilled about life right now, but I’m so exhausted. I hate that I look at the calendar and see that it’s already scribbled in for nearly a month. I know that I’m lucky to be so loved and so busy, but oh man, I’d do nearly anything for a free day to lay in the park with a book and a jug of iced tea.