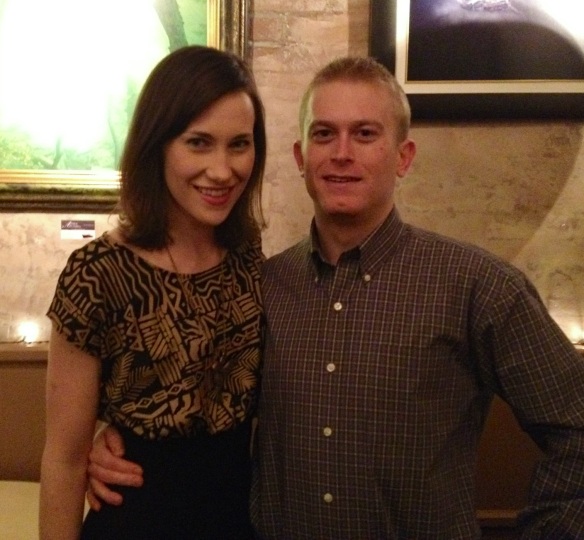 I was joking around with a friend on Facebook about all of the spam that we get from Twitter (It’s stuff like, “I’m 21 and single, want to chat?” – Gross and very annoying), and I told him that if I really wanted to find that kind of a date/casual encounter, I’d get on Craigslist. And then I realized that it’s really because of Craigslist that I know Kevin.

Last summer, one of my friends started looking for a new place to live. She found some roommates on Craigslist and after a brief interview process, was selected to be a member of their household. I started hanging around at their house more and more, and one day, one of the roommates told me that I should meet his friend Kevin since he thought we’d be a great match (Kevin’s sarcasm and my cynicism plus lack of filter were apparently enough to go on). I was like, “Uh, no thanks” (mostly because set ups are so awkward and never work).

Conveniently, we were both at the Halloween party that they threw. His first memory of me is me looking like this (keep in mind that I had the flu):

Kevin later admitted that when he first saw me, he was convinced that they’d hired a caterer for the party, so I’m glad that I have this personality thing to fall back on when my sex appeal fails me.

It’s been almost four months now, which makes no sense. It’s like it either just started, or has been going on forever. Looking back, everything just sort of aligned at the right times. Of course I’m terrified, but I’m also thrilled. Seriously thrilled. I sincerely hope that I make him as happy as he makes me. He’s smart and willing to engage me (and by engage, I mean listening to me rant about whatever it is that I’m in the mood to rant about that day) in discussions. He’s sweet. He loves Carlos (and more importantly, Carlos loves him). He’s spontaneous. He likes my family. He respects me. He’s patient when I’m falling down mountains. He trusts me enough to let me drive. We’re total opposites who just happen to have a lot more in common than I thought.

Rather than worry (which I’m so prone to doing), I have decided to just embrace this experience. Like jumping feet-first off the Bloukrans Bridge. 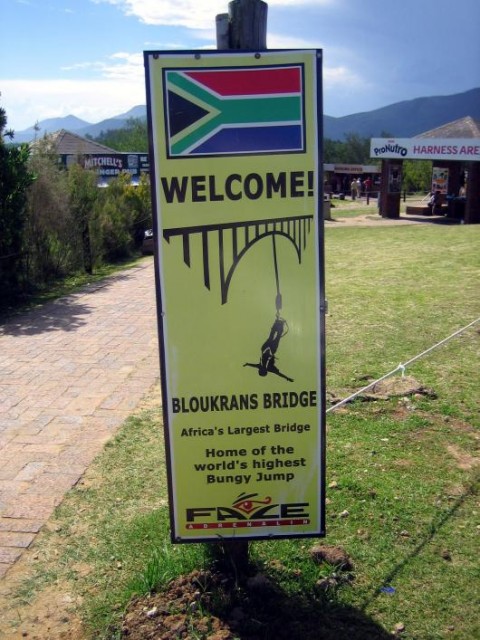 It’s better than bungee jumping – less panic, less leg-shaking, less terror. It’s an adventure. It’s the best kind of adventure – the kind where you fall asleep at night knowing that it’s going to start all over again the next day.

Thank you, Craiglist. You can be super sketchy, but you’re alright with me.

1 thought on “On Being Really Happy (and liking it)”