One of the biggest issues facing our planet is women’s rights. It won’t stop being an issue. We can’t stop the fight for education; independence; equality.

This goes beyond women’s rights – which are often neglected after revolutions. Globally, we need to redefine our definitions of masculinity. We need to reinforce that violence (in all forms) has negative consequences. We need to start discussions about the negative impacts of violence on our communities.
I applaud the parents of this young woman for making the choice to refuse the man who asked for her hand in marriage. It’s a shame that their strength was answered with violence. I hope that they find the support they need in their community. 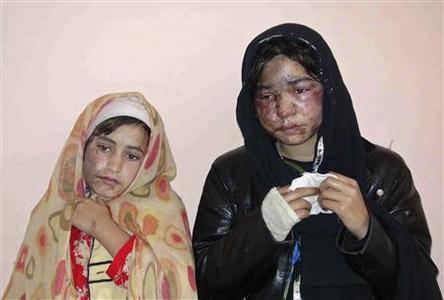 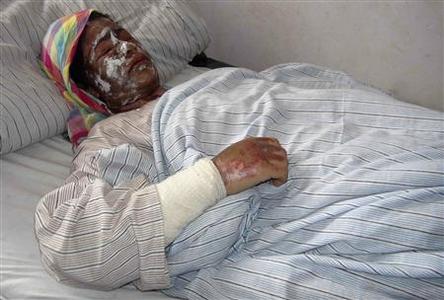 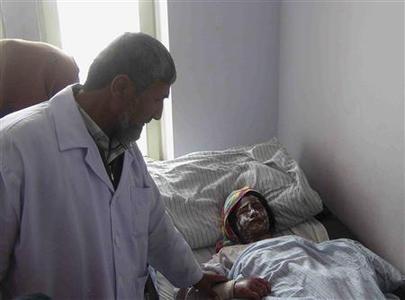 KUNDUZ, Afghanistan | Wed Nov 30, 2011 11:08am EST
(Reuters) – An Afghan family who refused to give their daughter in marriage to a man they considered irresponsible were attacked at home by unknown gunmen who beat the father and then poured acid over both parents and three children, officials said Wednesday.
Eighteen-year-old Mumtaz, the oldest daughter, had been pursued by a local gunmen who the family considered a troublemaker and bully. With her parents support, she turned him down and instead got engaged to a relative.
A few weeks later, six or seven armed men burst into their home in the Bulk Awal area of the northern Kunduz city — the largest in the region — in the middle of the night.
“First they beat her father and then they attacked with acid,” said Mumtaz’s mother, who asked not to be identified.
All five are now receiving medical treatment, said Abdul Shokor Rahimi, head of the Kunduz regional hospital.
“The father and oldest daughter are in critical condition as they have been attacked all over the body,” Rahimi said.
“Their mother and two daughters who are 14 and 13 have some wounds only in hands and faces.”
Ghulam Mohammad Farhad, the senior police detective for Kunduz, promised to track down the attackers, who he called immoral and irresponsible.
“We have started an investigation and those who have attacked them will be prosecuted,” he told reporters.
Acid is used intermittently as a weapon in Afghanistan, but not always against women. In the conservative, and Taliban influenced south and east, it has been thrown at girls attending schools.
With foreign combat troops set to return home by the end of 2014, some activists inside and outside Afghanistan fear that women’s rights may be sacrificed in the scramble to ensure the West leaves behind a relatively stable state.
Men have also been targeted with acid.
In January, veteran Afghan journalist Abdul Razaq Mamon, a presenter, commentator and author, was left with burns to his hands and face after acid was thrown at him in Kabul.
Officials said that attack may have been politically motivated.
(Reporting by Mohammad Hamid, Writing by Mirwais Harooni; Editing by Emma Graham-Harrisonand Yoko Nishikawa)