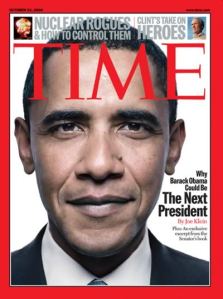 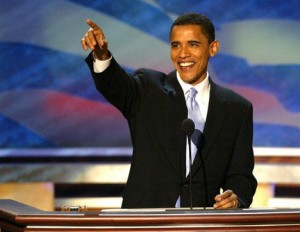 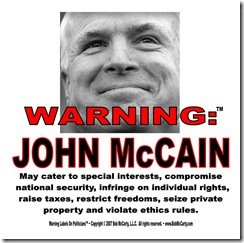 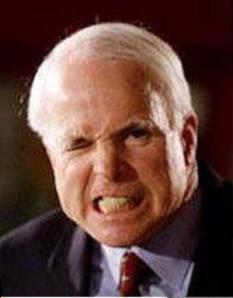 I hope you’re watching this.
Grown men in suits incapable of behaving themselves in public.
This debate is good, I’m glad McCain wasn’t allowed to put it off with the ridiculous excuse about the economy. We are in trouble whether or not he gets up there and discusses issues with Obama.
McCain bothers me. Everything about him bothers me. If you vote for him, I wish you all of the terrible karma in the world.
He just said that America today is safer than 9/11. Safer? Really? Do you think that us invading countries and killing innocent people is safety? Instilling hatred in the hearts of other countries is safety? Ridiculous. At least Obama can get up there and say that we still have work to do, and that we need to repair our relationships with other countries.
Also, I sincerely hope that you don’t believe that there is any way to “win” the war in Iraq. When we first went in, it wasn’t called a war, it was “Operation: Iraqi Freedom.” Well, five years later, there is no freedom, there is only American oppression. There is no way to win. We lost the minute we set foot on their land. We lost the minute we failed to do what we said that we would do. We lost when we lied. We lost, pure and simple.
McCain will pull out the veteran issue, and win the empathy of millions of people. I respect him for having been a POW, but that doesn’t make you a better leader. That experience means that you’ve been in war. There is no longer any just war. This isn’t WWII, there is no cause for war other than greed and fear. Why can’t you work for peace?
McCain has an annoying face, also. I mean, go with your gut, but your gut should be telling you to vote for Obama.
Obama was organized and I enjoyed his speaking. I feel as though McCain got a little bit flustered and agitated.
God save us all come November.