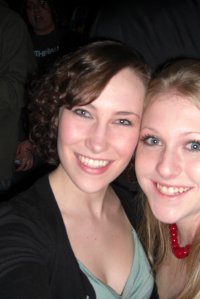 “You don’t give money to the bums
on a corner with a sign bleeding from their gums
Talking about you don’t support a crackhead
What you think happens to the money from your taxes?” -Brother Ali, “Uncle Sam Goddamn”

The venue filled quickly, time passing, people milling around, drinking, counting down the minutes until the show would start. People passing around a pipe were welcomed with a visit from the large men standing guard over the patrons of the tiny place. We wiggled our way into the front, while there was still wiggle room, and from there, we proceeded to watch the show unforld before our eyes. The lights dimmed, the DJ started spinning and the opening act took the stage. Toki Wright, I swore I had seen him before, and suddenly my mind settled on it. Paid Dues. July, last summer. He was the middle act, rocking Red Rocks with a cloud of weed smoke billowing up from the crowd. We waved around, a little, timid as the first act goes. Red Bull in our hands, dark black permanent markered x’s on the backs, showing our age. The show filled in fast, and Brother Ali took the house down. In between the beginning and the finale, Abstract Rude took the stage. It was insane. We danced, jammed in between the back of the front of the theater and the masses of people around us. By the time it ended, we were sweating and exhausted, and the journey home proved just as difficult. A few wrong turns and some adventurous maneuvering left us somewhere north and somewhere west. Empty warehouses and tire stores lined the street, houses, small and crumbling, cars littered everywhere. It was one of the best nights I’ve had this year.
“Colorado is more than a bunch of snowboarders and people getting high.” -Brother Ali, while promoting a local act.
I should mention that Brother Ali is an albino Muslim rapper. He spent a few minutes telling the crowd how beautiful he feels when he wakes up. It’s obvious that he’s comfortable in his own skin. He’s a bit political, but not overly so, and thoroughly enjoyable.